For 67 years Story Land has delighted the young and young-at-heart!

Founded in 1954, Story Land has thrilled and delighted both young and young-at-heart visitors for more than 60 years.

A short story about the place Where Fantasy Lives!

Once upon a time, in the far off land of Germany, Bob and Ruth Morrell were surprised by a knock at their door. They were not expecting visitors. Bob and Ruth, husband and wife from North Conway, New Hampshire, were living in Europe at the invitation of the US Army. A veteran of the famed 10th Mountain Division of skiing soldiers in World War II, Bob had been summoned back to serve during the Korean Conflict.

When they opened the door they were greeted by a stranger, an old woman who introduced herself as Frau Edith Von Arps. She was accompanied by several small characters who needed no introduction, dolls she had made based on classic children’s fairy tales. She was going door to door, selling the dolls.

Frau Von Arps and the Morrells became friends, and the old woman sold them more than 25 dolls in the weeks before they returned home. She also planted a suggestion, which turned into an idea, which grew into a business, which blossomed into a life’s work and a legacy.

Her suggestion was that Bob and Ruth build a small village around her dolls. The Morrells had the idea to create a village of more than just dolls, a village where storybook animals could live and where storybook characters could come to life. The idea grew into a business, as Bob and Ruth added plans for rides and play areas, to create a place where young families could play and have fun and live happily for at least a day or longer. 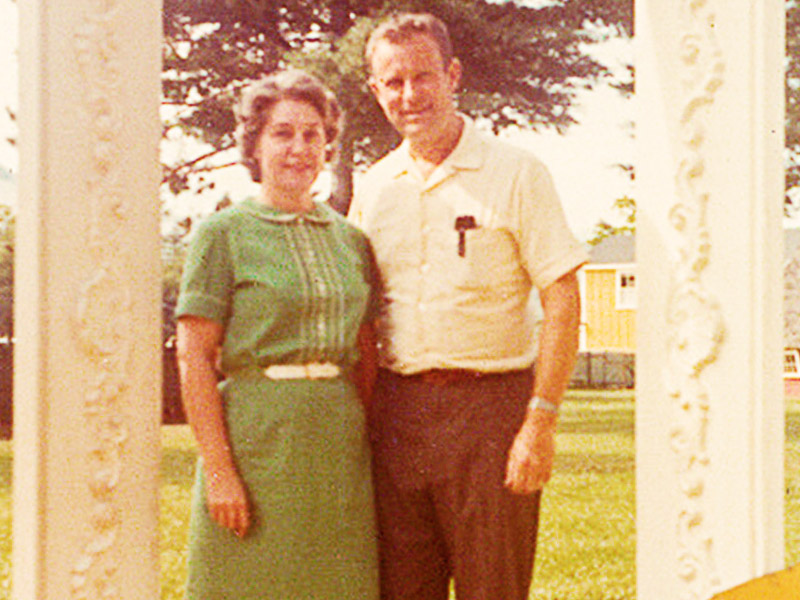 A brief tour through 65 years of fun at Story Land

In 1954, the Morrells bought a piece of affordable land in Glen, acreage that the previous owner said wouldn’t even make a decent pasture. With some local help, they built a handful of colorful buildings and characters, and opened for business in late 1954, a year before the opening of Disneyland forever changed amusement parks.

A few good years, highlighted by the arrival of Cinderella's Pumpkin Coach and Castle in 1957, were followed by a few not-so-good years, as the economy slowed throughout the country. The fledgling park was truly a risky business venture, and local bankers shied away from holding a mortgage on the home of the three bears. Through perseverance, hard work, ingenuity, and continuous reinvestment in the park, Story Land has survived and grown. 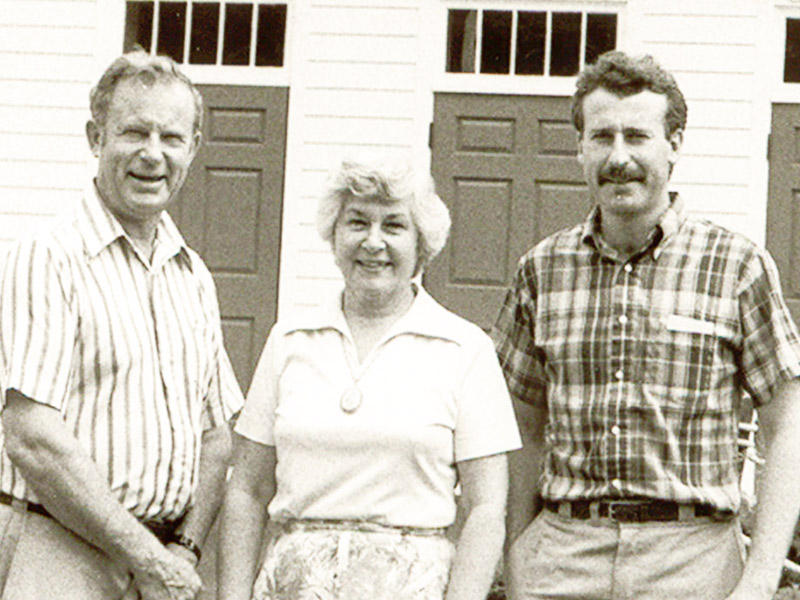 During the 60s and 70s Story Land flourished with new and exciting rides and attractions. 1966 brought the first Tree House and the Seal exhibit...but the seals only lasted until 1972. During 1967 Bob purchased an ancient German Carousel, the same one the children still enjoy today and a fleet of Whale Boats (which in 1969 became what are known now as the Swan Boats). One of the most beloved rides at Story Land was also purchased in 1967, the first CP Huntington Train.

The 70s was a decade for attractions! Story Land welcomed the Chapel, a Child’s Visit to Other Lands debuted with the Safari Ride, Moroccan Bazaar, the first Maze, second generation Antique Cars, Dutch Village and the Shoe Ride, Little Mexico area, the Mine, the Canadian Fun Fort (where the Cuckoo Clockenspiel is now), Iceberg Coaster (now Polar Coaster) and the Ted E. Bear Jamboree to round out the 70s. 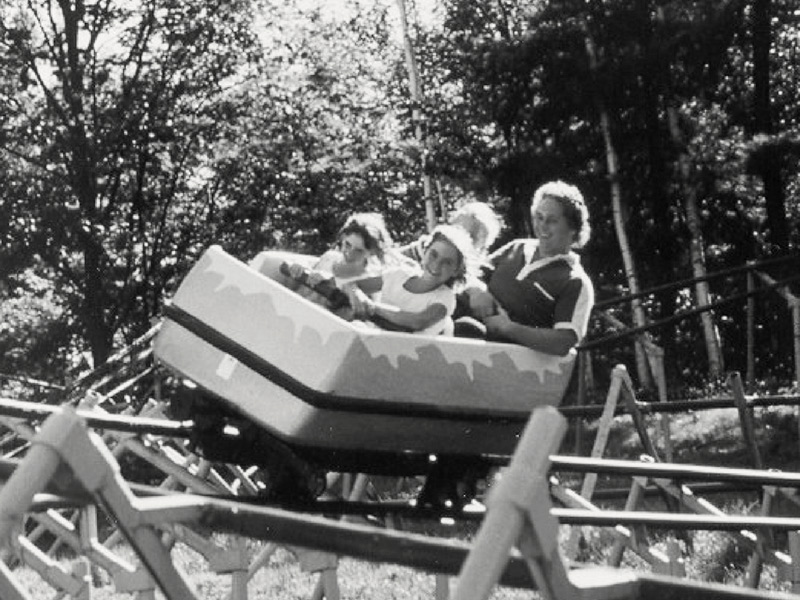 In 1981 the Pirate Ship was the first boat attraction that brought families on a fun filled adventure through Buccaneer Bay! Alice's Tea Cups arrived in 1982 followed by the Voyage to the Moon in 1983. The second half of the 80s brought the Great Balloon Chase, Farm Follies Theater, the Polar Coaster (replaced Iceberg Coaster) and Dr. Geyser’s Remarkable Raft Ride. Once the 90s arrived the park continued to grow. Introduced in 1993 was the Bamboo Chutes followed by Grandfather Tree in 1995. The late 90s continued to expand the park further and further as the Turtle Twirl and Oceans of Fun Sprayground were born. Closing out the 90s was the renovation of what is now known as Loopy Lab Theater where kids and adults enjoyed a fun filled show of science!

Story Land always has been, and continues to be, a family oriented business, run by Morrell Family disciples, and geared to young families everywhere. In the beginning, and throughout the rest of their lives, Ruth ran the gift shop and other things while Bob ran from place to place to make sure everyone was having fun. As a child, daughter Nancy portrayed Mistress Mary in her garden. As an adult, son Stoney carried on the family legacy until his unfortunate passing in 2006. 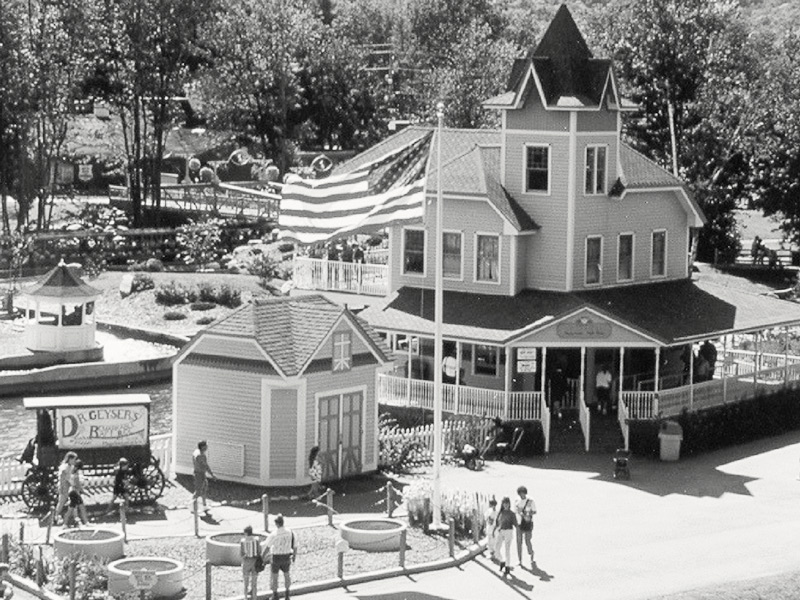 Story Land entered the 21st century as New Hampshire's Best Amusement Park for Kids and retains that title to this day. During the 2000s the Antique Cars were upgraded to the 3rd generation electric powered vehicles, the Cuckoo Clockenspiel debuted on top of the hill and the beloved Whirling Whales arrived in 2002 (retired in 2016). In 2003 the Crazy Barn was constructed followed by the Eggs-Traordinary Farm Tractors to round out the barnyard themed section of the park. A few years later the Flying Fish were opened followed by Splash Battle in 2011. The park's latest ride addition was the Roar-O-Saurus in 2014, a compact wooden coaster with a 40 foot drop and over 12 air times, a child's first BIG coaster!

As the business grew through the years an unplanned evolution of sorts developed. Teenagers that visited when they were children took their first jobs at Story Land. Many of the grandparents and parents visiting today used to come here as children themselves. And currently, many of the people who make the park run from day to day and season to season are part of the aforementioned evolution. They indeed worked here as teenagers, and either stayed in the family to make careers here as adults, or came back later to be at a place where it’s okay to whistle and smile while they work and kids play. 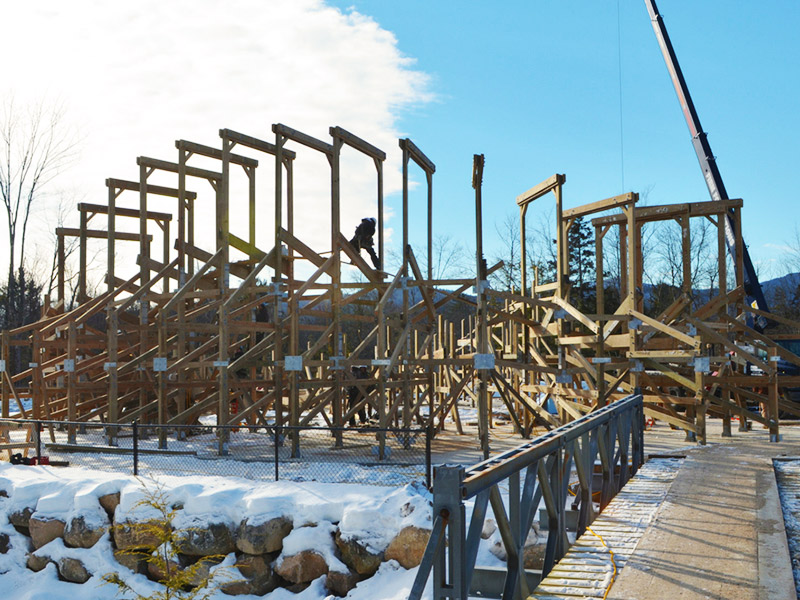 The amusement park has grown to include more shows, dining, characters, rides and play areas. At the same time, the Story Land Team has been careful to keep the park from outgrowing the very people – the very little people and their parents – that Bob and Ruth dreamed about entertaining over half a century ago when they were far away from home. And kids have been playing at Story Land happily ever after.

The history of Story Land is less about the singular history of one family or one business, and more about the multitudes of personal histories that live in the memories  of thousands of families and tens of thousands of people from all over. It endures in the hearts and minds of children who grow up hearing and reading about  magical people and places, and who find a real live world of those same characters in Glen, NH. 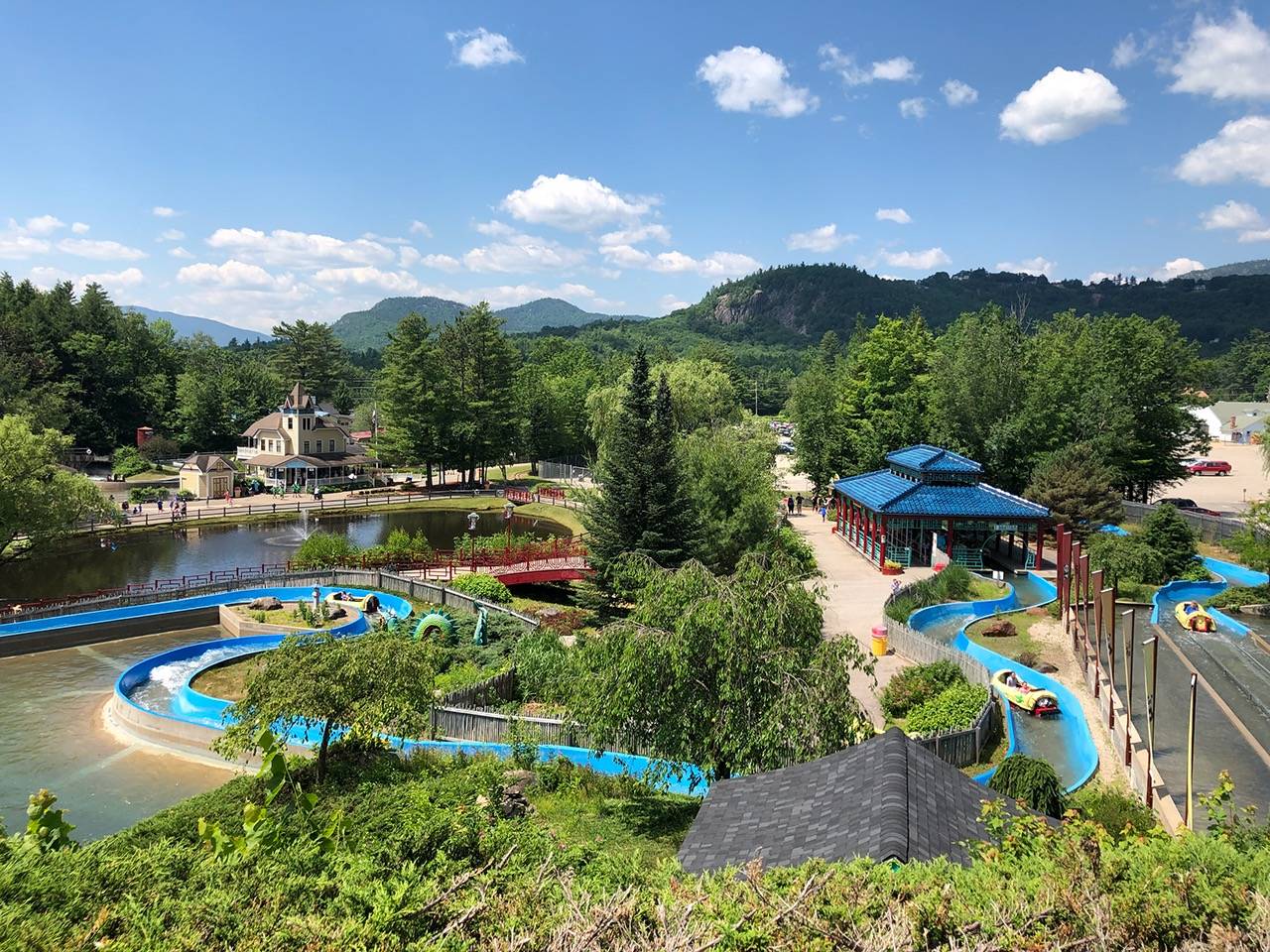 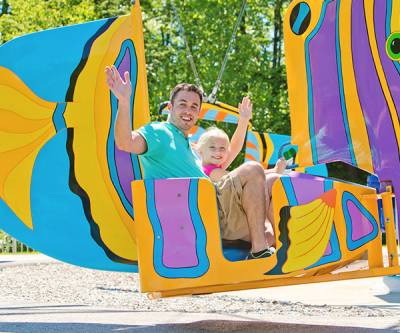 Become a Season Passholder for the Best Experience!

Become a Season Passholder for the Best Experience!

You may be insterested in